Please scroll down to view more. Also, more photos of these events are held in the photos archives for these events- Click here 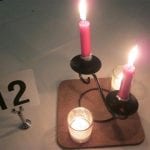 This year on June 28th 2018 we will hold our 2018 Candlelight Dinner at the Sandringham Yacht Club. This will be a very special occasion as we celebrate Ralph Butcher’s 100th Birthday. Please note all Registrations closed from 16 June 2018.

In 2017, we celebrated our 30th Anniversary at the Sandringham Yacht Club. President Ken and Philip Stewart prepared a memorable slide presentation which we show below.

To see photos of our 2016 Candlelight dinner – click here 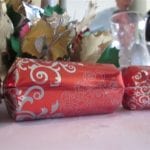 In 2017, the Presidents Christmas Lunch was held at the Southern Golf Club on Friday 15th December. 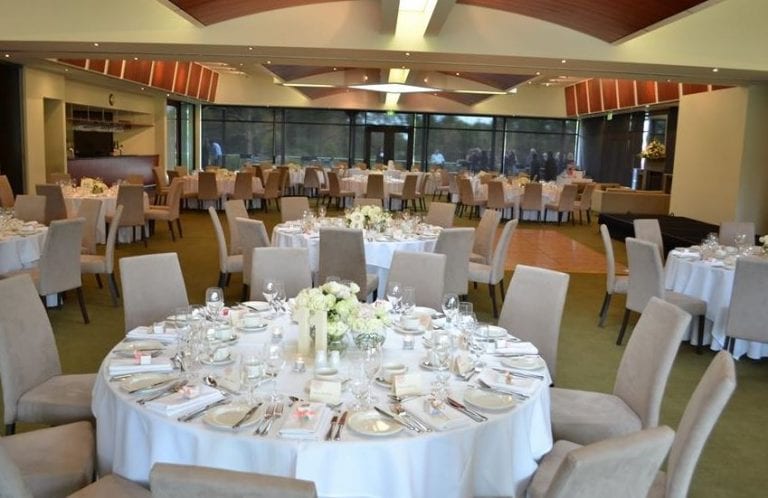 Here are an assortment of photos from past President Lunches. 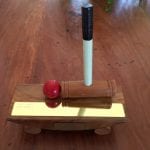 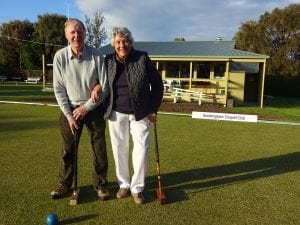 Very few of us play croquet but that doesn’t matter in the slightest and everybody has a great time!

The event now entering its fifth year has proven a great success. An especially adapted competition has been created by Tony and Jennie Bowles and volunteers from the Sandringham Croquet Club kindly assist. On arrival we have some practice, and, for those who haven’t the faintest idea how to play croquet, they are soon hitting balls through the hoops like the professionals (well hardly).

The competition is followed by a superb spit roast with potatoes cooked by our very own Peter McGregor. Superb salads are purchased  and delicious desserts are supplied from Brodums in Beaumaris. 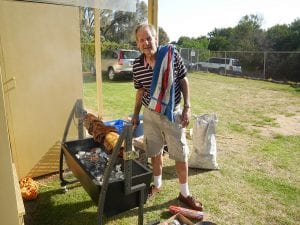 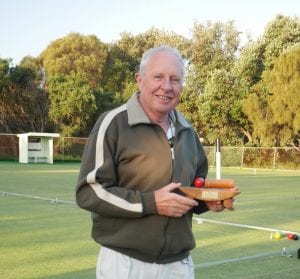 Paul Crompton has made a beautiful Trophy for the event 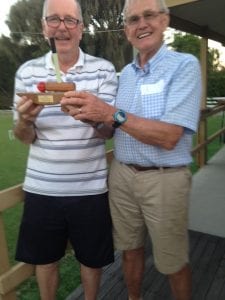 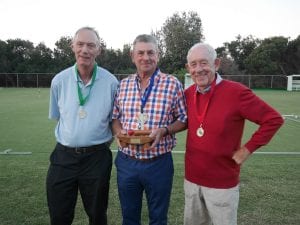 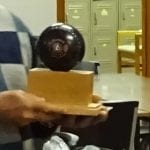 Our first “Annual” Bowls evening held at the Sandringham Bowls Club in November 2016. It was  a great success and has now become an “Annual” event
A unique and simplified competition was organised by our resident Bowls experts, Ted Montfort and Stan Bernard. Most of us had never played Bowls before.
Eight teams of three were each led by someone who had some idea of how to play. They were  Ron Hunter, Peter Flude, Geoff Mason, John Ragas, Stan Bernhard, Ted Montfort, Ken Beadle and Nick Owen, the latter being a Sandringham Club guest player.
The winning team was Paul & Suzi Stephens, Paul Crompton & Ted Montfort and Paul Crompton won the playoff for tournament  winner.
The first round losers competition winning team was John Green, Jeff Sturrock & Nick Owen and Jeff Sturrock won the playoff for the bottle of champers. Ted and Nick both graciously declined to bowl in the playoffs to leave the glory? to the novice players.
The trophy which was crafted by Paul Crompton was won by the man himself – Paul Crompton!
A hearty dinner was then enjoyed by all cooked courtesy by the ladies of the Bowls Club.