Welcome to our most recent Members

We would like to introduce you to our newer Members. Scroll down to learn more about:

I was born June 1944 and brought up near Glasgow mainly in the shipbuilding town of Clydebank. I went to the local High School and met Margaret my wife of 50 years. I swam and played water polo at national level and played football at school.

I graduated from Glasgow University with a Pure Science degree. I was not sure what to do so I became an accountant and am a Fellow of the Chartered Institute of Management Accountants. This was entrée into Industry and I joined Unilever in 1970 and had a 26 years’ career.

Our first visit to Australia was in 1975 with Rosella Foods in Richmond. We lived in Beaumaris and our kids attended the local Primary and we were members at St Martins Church. We have kept in touch with the McGregor’s, and met Roger and Duncan then.

We returned to London in 1978 and until I took early retirement in 1996 I served on the Boards of Unilever’s biggest operating companies in the UK, Sweden, Nigeria, and Indonesia.

We remained in Indonesia after I retired and had my own company carrying out projects for multinationals around Asia. Apart from a financial background I helped businesses improve their customer service and related supply chain, IT, and management structures.

We had been visiting Melbourne – mainly when Carlton were in the Grand Final – and returned in 2001 having bought a flat in St Kilda Road. I continued my activity from here working also for several Australian companies.

Family issues required a return to the UK in 2007 and I worked with the NHS on the Executive Committee of a group of GP Surgeries and was a Trustee with a community bus charity.

We sold our home of 30 years near London in mid-2015. We could not find a suitable alternative so came down to Melbourne for the summer. We were lucky to find a flat that met all our criteria and have now settled on Beach Road, Sandringham. I have joined the Yacht Club and we were already members of what is now Peninsula Kingswood Golf Club. We enjoy the pleasures of the Art Centre and sport events such as the Australian Tennis Open.

Hopefully the negative impact of Brexit on the pound will not result in poverty!!

Margaret and I have two children who also enjoy an international life style. David runs Etihad’s cargo business in Abu Dhabi having spent time in Singapore.  Jacqueline has a PhD in Health and Exercise Science and after time in Germany moved to San Diego where she is a Professor at the local University. We enjoy travelling to spend time with our 5 grandkids.

We are looking forward to joining in the group’s activities. 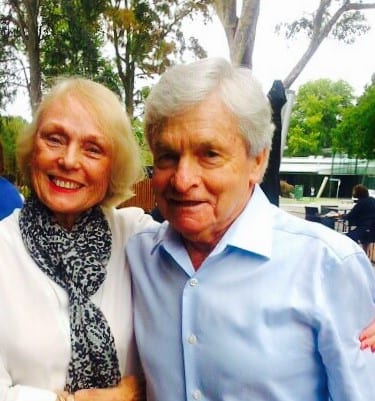 I was born in Springvale on 2nd December 1935 and began my education at the local primary school before completing my secondary studies at Caulfield grammar in 1952.

I then joined Nicholas, the manufacturers of aspro and other well-known pharmaceutical, veterinary and household products.

I also played football with the St. Kilda 3rds before being conscripted into national service in august 1954.

After completing my training at Puckapunyal, Nicholas moved to Chadstone to their new facility.  I married my wife Josephine in 1957 and had three children and now have four grandchildren.

Wishing to supplement my income at that time, I joined my bother in law who had taken out a bookmaker’s licence and worked on the rails as his clerk on Saturdays and the big race meetings for nearly twenty years.

After leaving Nicholas after twenty-two years, I established a Melbourne office for a Sydney company which I ran for ten years which was subsequently purchased by the French multi-national – Roussel Uclaf.

After working with Roussel Uclaf I was invited to open a new pharmaceutical division for a Melbourne company specialising in the importation of sophisticated therapeutics and finally retired in December 2000.

After living in Parkdale for thirty years, we downsized to a townhouse in Cheltenham located in the grounds of the beautiful heritage listed community of the holy name convent where we still reside. 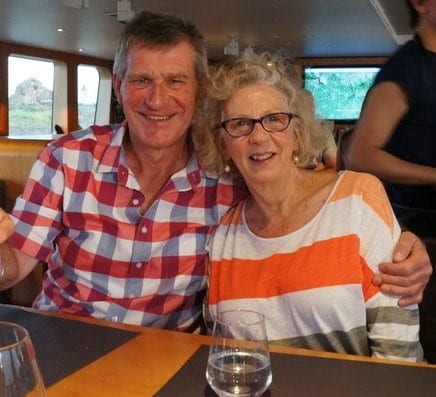 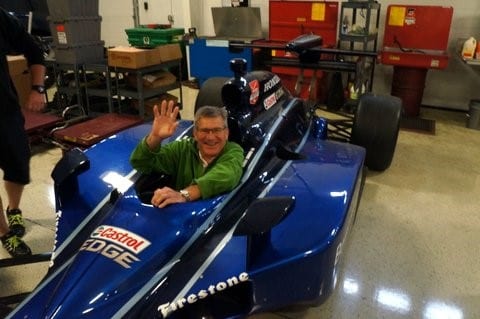 I’m 68 (2016) and retired from a life in the watch industry. married to Cathie we have two sons Ewan and Lachlan.  They are both qualified floor covering tradesmen.

I was born in Scotland and brought up in Carnoustie, I started playing golf at an early age and caddied mainly for Americans during my younger years.  One day in 1963 I took the bag of Alice Dye and along with her husband, the now legendary golf course designer, Pete Dye, they invited me to America where I stayed with them in Indianapolis during a year which saw President Kennedys assassination and the Beatles arrive.

After returning to Scotland I found work with Timex Watches for a few years then after deciding in 1971 to migrate to Australia was asked if I’d like to work for them here in North Coburg where they were coincidently, planning a factory.

I joined Seiko in 1978, before eventually joining the Swiss SWATCH GROUP.  For the time leading up to retirement I distributed a fine brand called Candino Swiss Watch

I play golf at Victoria Golf Club and write true stories which I find stimulating.

I’m currently Vice President of U3A Bayside I attend a number of different educational courses within their programs.

I’m delighted to be a member of Probus and have very much enjoyed the meetings I’ve so far been along too.

Still active in business activities in the central west of NSW, especially in Dubbo, Bathurst and Lithgow.

I have a real interest in seeing regional development happen in Australia, particularly the development of natural regional growth centres [Cities with populations of 50,000+] 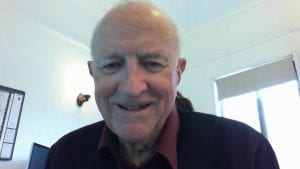 I was born October 23, 1935 and spent my early years and primary school in Maryborough Qld. The family moved to Melbourne, where I went to secondary school at Melbourne High, then onto Uni to do medicine, specialising in radiology.

Most of my professional life was in practice in south east Melbourne. This was a very interesting time in radiology, with the development of Ultrasound, nuclear medicine and CT scanning.

After partly retiring I was appointed to liaise with the newly built Australian synchrotron, which was most interesting.

Bev and I were married in 1958 and have 4 children and several grandchildren.

As to interests, as an amateur violinist, I got to play with amateur orchestras

We have a holiday house in Flinders and with some locals play a very ordinary game of golf.

One of our sons started a Macadamia plantation, which grew to several plantations and a factory to process and export the crop, largely to China. Never having any business background, this was absorbing for Bev and I as interested observers. On a couple of his overseas trips, I went along as bag carrier. The most interesting one was to China where the trader he was dealing with organised us to stay in a 5-star hotel owned by the Chinese army. It was an experience being shown to your room by an armed soldier, showing me how to use the TV and air-conditioning, neither of us having a word of the others language.

A new interest is as a player in the Beaumaris Probus Bridge Group. Every Tuesday an enthusiastic group shuffles along to do battle on the card table.

I highly recommend this activity for any other Probians who may be interested.

<Back to top of page>