A brief profile of Stan Phillips 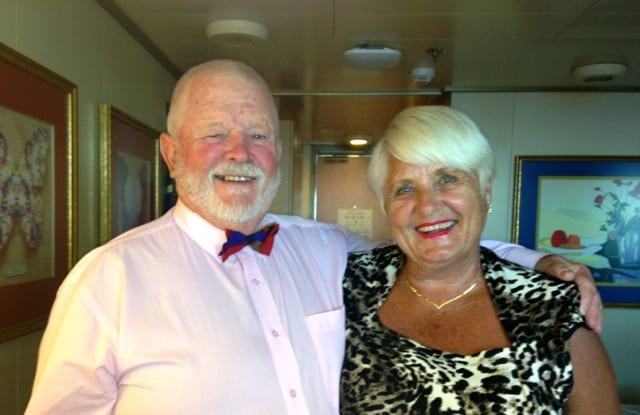 Stan is a seasoned traveller and talking with him will unearth some amazing adventures. For example, he was caught up in the evacuation of New Orleans as cyclone Katrina threatened the town. There is much more that will enthral you, so make a point of catching up with him!

Stan was born in Chelsea Bush Nursing Home in 1942 and educated at Mordialloc High School. At 17 he joined AMI (Later Toyota Manufacturing Australia) as a Cadet. Over the next four years he worked during the day and at night studied for a Diploma in Mechanical Engineering.
He spent 42 years at Toyota in many different and interesting roles. Toyota, like the military rotate your job every three or so years. Stan says that if you are still doing the same job after six years, the writing is on the wall. That didn’t happen to Stan.

First, he was a draftsman, then Assistant Chief Production Engineer, then Plant Manager, then a big change to General Manager Human Resources.
In 1993 he became Project Manager for Toyota’s $500,000 million new manufacturing plant. He is saddened by the fact that Toyota has stopped manufacturing in Australia.

Stan and his partner, Nola Redmond share many interests. They have a holiday house in Somers where Stan is a Member of Somers Yacht Club and owns a Hobie Cat. He says, with a glint in his eyes, that it is now faster than him!
Perhaps more relaxing, Stan is starting to paint with water colours. He says this is early days and intends going to art classes.

Stan and Nola spend a few months most winters in Bowen Queensland.

Together Stan and Nola have done some amazing trips. They spent six months driving around USA in an RV visiting just about everywhere!
The have been on many fabulous cruises. For example, they spent New Year in Barbados on the “Love Boat” from the TV series. They spent three months cruising all around South America taking in the Falkland Islands, Galapagos Islands and the Panama Canal.
They have also sailed on the “Voyages of Antiquity” from Singapore through mid-Asia, Egypt, Jordan and Europe. These cruises specialise in the historical sites and have experts to describe and educate the passengers.
This is just a sample of Stan and Nolas travels. More is planned in the next few years.
Clearly Stan’s heart attack and triple by-pass in 1997 hasn’t slowed him down.

Just when you think there is nothing more, Stan announces he still owns a Triumph Spitfire that he purchased new!