A brief profile of Richard Cadman 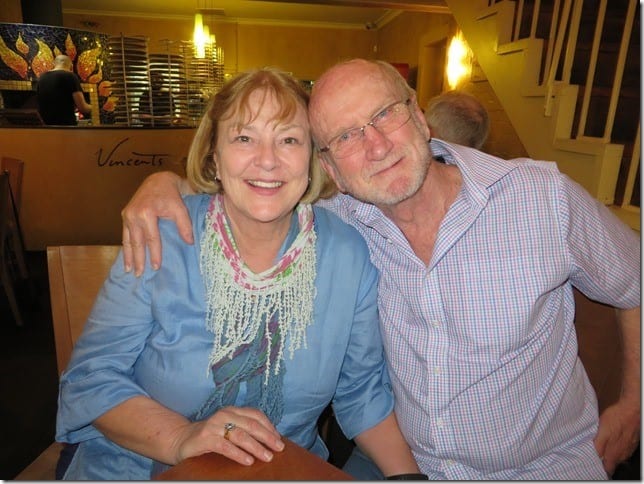 Richard was born in 1947 in Portsmouth U.K to a Royal Naval dentist and a WREN Officer. His father was posted to somewhere else every two years. One posting was to Malta. Richard had a wonderful time around Royal Navel ships, and planes, especially seaplanes under sunny skies.

At 10, he was sent to boarding school in Canterbury, Kent and eventually graduated in Veterinary Medicine at the London University in 1971.

During one University summer vacation he visited his uncle in Tanzania. While watching wildlife, a lifelong love of creatures big and small grew as did the love for Africa and its blue skies. He climbed Mt Kilimanjaro which was tough even at 21 years old, but, says it would be heart attack material now.

After 4 years as a practising vet in the UK, Richard grew tired of the grey skies. He was offered a job in Rhodesia and spent 4 years there and in South Africa. In Cape Town he met a Kiwi vet who eventually became his wife. They married in England and immigrated to Australia in 1984.

They bought the Dingley Veterinary Clinic and together ran the clinic and reared 2 daughters. In 1990 they bought a home in Tibbles Street Beaumaris.

Unfortunately, he lost Jocelyn in 1996 to lymphoma. One of his distractions from this tragedy was flying. Little did he know that one of his instructors would become his second wife. Serendipitously they met again after 11 years. They were married in 2009 and bought a house together in Tramway Parade.

Richard and Yolanta still live in beautiful Beaumaris and enjoy playing golf, walking, biking, movies, playing scrabble and tackling crosswords together. Their newest hobby is kayaking. Paddling along the Beauy Cliffs is on the agenda. They are also very committed members of a graffiti busting gang cleaning up the tagging scourge plaguing Beaumaris.

Richard and Yolanta have immediately joined in our Club activities. Within just two months of joining they had been to a Pub Lunch, Tastes, a bike group ride and Croquet.

Congratulations and welcome to our Club.