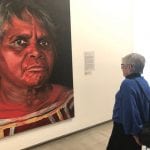 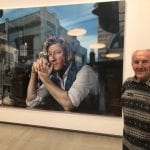 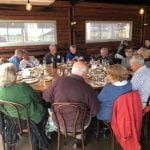 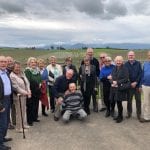 Terracotta Warriors at the NGV - August 2019

This is a MUST-SEE exhibition. The Terracotta Warriors are, of course, amazing but so too is the Art Exhibition and the “mumuration” of ceramic birds

This exhibition was for The Terracotta Warriors and the artwork of Cai Guo-Qiang. The first part of the tour highlighted some of his artwork but also the artefacts from different dynasties in China’s history. He produces these large canvasses using pen, ink, paint and timed gunpowder explosions (he was also responsible for the fireworks at the Beijing Olympics).

Only 10 Terracotta Warriors are allowed out of China at any one time. Eight of them were on display at the NGV. Ken Beadle remarked that in China, whilst you can see all the diggings and enormity of the field of warriors it is difficult to get a close look. It was quite the opposite at the NGV.

There were also half scale replicas of chariots and regal wagons.

One of the most amazing parts of the exhibition was the “murmuration” of ceramic birds. Each one was suspended by 2 wires to ensure correct direction and angle. There were 10,000 of them (this being a significant number in Chinese culture). The NGV has bought this collection. 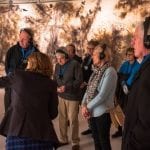 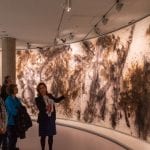 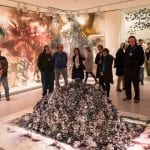 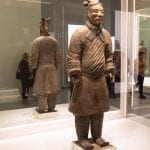 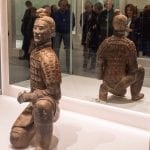 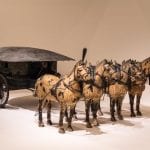 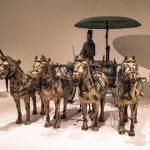 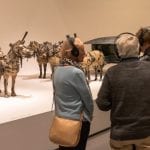 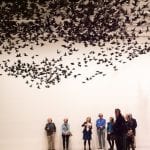 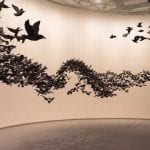 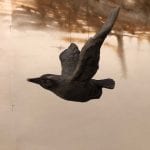 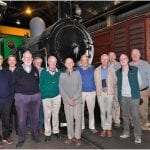 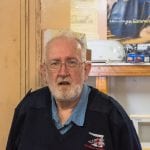 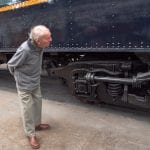 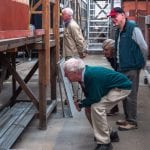 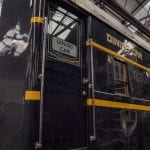 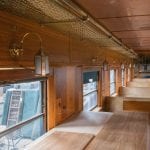 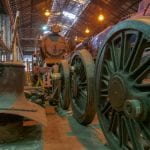 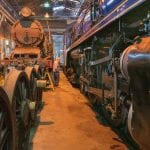 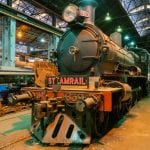 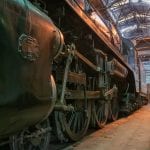 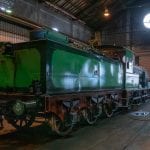 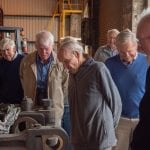 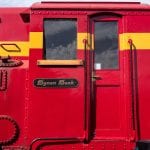 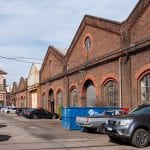 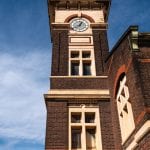