A brief profile of Philip Stewart 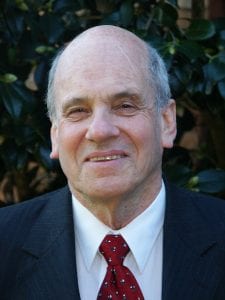 With his wife, Wendy, and their three girls, Philip Stewart has been a fixture in Beaumaris since 1967, in particular, in his leadership role at St Martin’s Uniting Church which, 50 years ago, was perhaps the most significant community centre in the Bayside area. It had its own Aussie Rules football team and many of its parishioners were eminent persons in Victorian society (e.g. Richard McGarvie, lawyer and later Governor of Victoria). Even in those days, Philip was a renowned rugby aficionado, having played for the University of NSW, Trinity College at Cambridge, the Royal School of Mines and Monash University.

The Cambridge connection came about because, after completing a part-time degree over 8 years at Sydney Technical college and the University of NSW, he had undertaken his PhD in chemical engineering at Cambridge in the 60s, going on to work for 13 years at the CSIRO with a close relationship to the mining industry, specialising in mineral separation process improvement at mines throughout Australia.  During this time, he took a year off to do a Masters in Mineral Process Design at the Royal School of Mines.

Philip’s extensive mining experience next took him to an asbestos mining company where he developed and pioneered a wet process for extracting asbestos, a much safer alternative than the traditional dry process, that eventually took him to Newfoundland in Canada where the process was built and to several Asian countries – Thailand, India, Indonesia, Taiwan and Malaysia – where he was asked to promote the product from his new process.

During this time his parent company acquired the Bow River diamond mine in the remote East Kimberley region of Western Australia, adjacent to Rio’s Argyle diamond mine and he did some work on refining their recovery process, He had similar involvements with gold mines in WA and Nevada.

After a stint on contract work and his completion of a B.Litt. at Monash, he was employed by a gold mine in Thailand to help commission and optimise the process and train Thai metallurgists.

Running through Philip’s professional life has been a passion for rugby union (‘the real rugby,’ he says), from playing senior Rugby for 20 years to refereeing for 14 years to coaching referees for a further 16 years throughout Victoria and elsewhere.

Before joining Probus in 2013 and taking control of our audio visuals, Philip was the editor of a mineral processing journal, Mineral Processing and Extractive Metallurgy, for five years and has taught mineral processing courses at Melbourne and Monash Universities