A brief profile of Peter McGregor 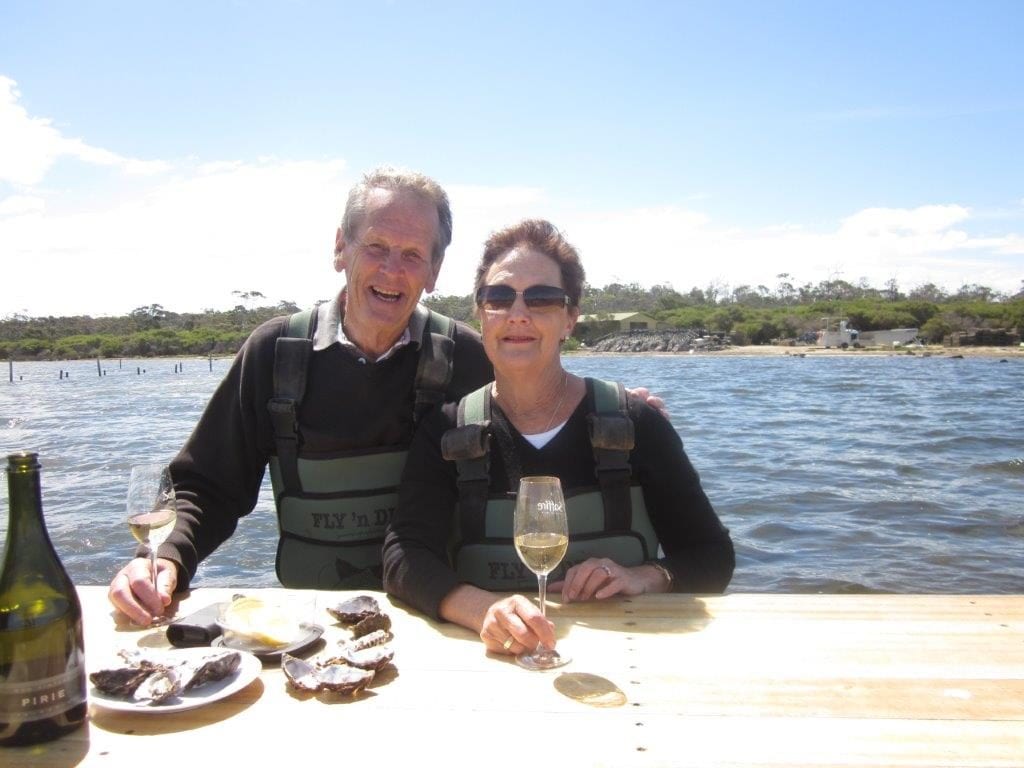 Peter and Helen McGregor having a seafood lunch in Tasmania

In the 1970s, our Newsletter Editor, former President and founder of “Tastes,” Peter McGregor, was Deputy Vice-Principal of St Leonard’s College in Brighton.  In 1979, he and wife, Helen, and three children went on exchange for a year to Fort Saskatchewan (Edmonton) in Alberta, Canada.  Perhaps the biggest shock was leaving Melbourne on a warmish day of 40-plus and arriving in Alberta where it was soon minus 40.
When he left St Leonard’s at the end of 1980, he established his own small business researching and publishing a variety of resource materials for teachers of science and economics around Australia.  He worked as an education consultant to some of Australia’s largest companies, CRA/Rio Tinto, Woolworths, Australia Post, the banks, McDonald’s, APM, the television networks, as well as the mining, plastics, packaging, recycling, paper and food industries – to name a few – which often meant liaising with specialist divisions of CSIRO.  At the same time, he wrote several books for schools for Macmillan Australia and other publishers on a wide range of subjects such as the environment, economics, mining, business, technology and the future.

Peter has long been a student of history (since graduating from Monash in the 60s, majoring in Russian History) and is an avid reader of biographies of significant people – from Shakespeare, DH Lawrence, van Gogh and Jane Austen to Lenin, Mao, Napoleon, Magellan, Arthur Phillip and others.

Peter and Helen have travelled to most parts of Australia – by light aircraft, 4WD and even cargo ship – and have white-water rafted in Queensland and walked the Hollyford Track in New Zealand.  Peter has also free-walked Cradle Mountain, the Bay of Fires and Freycinet Peninsula in Tasmania.  He plays golf at Victoria GC at least twice a week, has learnt French since the 1950s, collects wine, listens to music, enjoys the cinema regularly and takes a passing interest in the share market. Peter walks vigorously about 5 kms before breakfast almost every morning and used to be seen kayaking near HMS Cerberus.
One of his passions is roasting diverse joints of meat in his 40-year old Kamado, as well as on the spit, and cooking classic French dishes (such as quiches, boeuf bourguignon and clafoutis); also, tagines and (more recently) lemon and poppyseed muffins – not to mention what he does with his charcoal-burning hibachi (usually butterflied leg of lamb).   He has always enjoyed travelling to exotic locations overseas such as Kenya, Portugal, Croatia, Morocco, Jordan and is invariably looking forward to his next exciting adventure – wherever that may be!  “I like going places, but I love coming home more,” he says.