A brief profile of Peter Harford 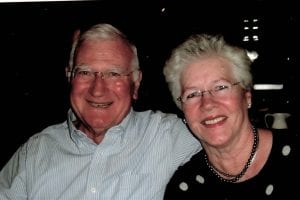 Peter is a past President of Beaumaris Probus.

He was born in Traralgon Vic in 1943, was educated at St. Patrick’s College, East Melbourne and Melbourne University where he achieved a Bachelor of Commerce and in 1976 Master of Business Administration. Later he became a fellow of CPA Australia.

Peter’s final role was as Managing Director of Yarra Valley Water from 1996-2003.

During 1999 & 2000, following an approach from the Greater Johannesburg City Council in South Africa to The Yarra valley Water Board, approval was given for Peter to join a board set up to establish the Johannesburg Water Corporation to manage & operate the Council’s water and sewerage system. As well attend Board meetings, Peter was also required to provide consulting assistance as required. Peter travelled to South Africa six times in those two years.

Prior to joining Yarra Valley Water, Peter was Director of Finance for Melbourne & Metropolitan Board of Works (MMBW) (1986-1993) and General Manager Management Services, Melbourne Water, responsible for thirteen Divisions including Finance & Treasury from 1993-1995.

Peter married Elizabeth Hamilton in 1966 and they have four children and five grandchildren.

Peter and Elizabeth travel a lot as son Philip lives in Houston and daughter Helen lives near London.

Peter has a great interest in genealogy and has written histories of the Harford and Hamilton families and has posted these on his website www. harfordenterprises.com.au.

For a period of about ten years from 1990, Peter was the President of Sandringham Brighton Swimming Club. (now Bayside Swimming Club). For the period 1996 to 2002 Peter was elected to the Board of Swimming Australia as the representative for Swimming Victoria. He has attended World Swimming Championships Barcelona 2003, Montreal  2005 & Melbourne 2007 .

Peter and Elizabeth are both active members of Victoria Golf Club.