A brief profile of Paul Stephens 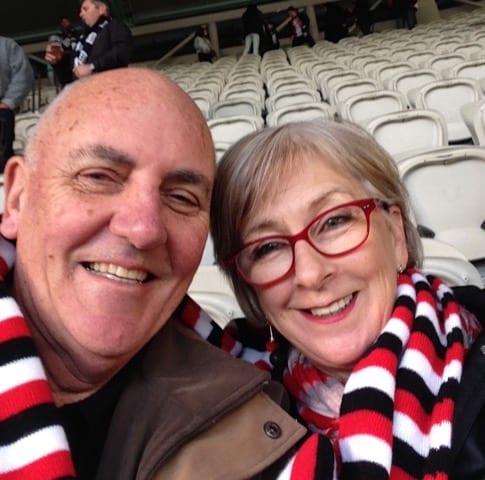 Paul was born in Brighton in 1951, making him one of our Club’s younger members. He was educated at east Bentleigh and Haileybury.

Paul knew he wanted to be an Airline Pilot long before leaving school. Paul says that few thought it would happen as he wasn’t exactly an A grade student in maths or physics. Paul However, showed them all to be wrong. Once he had made the decision to be a pilot, he studied hard, took extra lessons and passed the exams.

Next there was the small problem of funding his training. Paul took general jobs at Moorabbin Airport around planes. He spent most of his money on flying lessons at weekends and spent three years studying theory at nights. Finally, aged 22 he qualified as a Commercial Pilot.

Paul’s first job was flying for an Arial Photography firm. He flew up the East Coast as far as Thursday Island and Mt Isa. He regarded this as a fabulous job, helped him increase his flying hours and gave him time to study the considerable theory required for a Senior Commercial Pilots Licence.
Paul’s next job was with a Charter flying company. The jobs were many and varied, one day flying TV crews to gather news, other days flying the Herald newspaper to country Victorian towns. Paul describes this as his “Arial Paper Run.”

In 1977 Paul joined TAA. He spent 34 years with TAA/Australian Airlines/Qantas until his retirement in 2011.
Paul started on Fokker Friendships, then Boeing 727’s and finally the 737. He was a Captain for 22 years. It is a sign of the reliability of these planes that in all his years flying Paul never had a major mechanical incident… As Paul says, “boring is beautiful” …. although he did have a passenger die on one flight.

In 1989 the Airline Pilot Dispute broke out. This dispute lasted from August to the following March and could not have come at a worse time for Paul and Suzie. They had two young daughters and a big mortgage on their new home.
Many of the 737 Pilots were able to sustain themselves during the dispute by temporarily working overseas. This option was not available to 727 Pilots of which Paul was one at that time..
Paul says he was disappointed with the approach of the Union and was given no satisfactory answers to his request for explanations, so, after a long three months he returned to flying.
He says the dispute broke many friendships and was very bitter,

One of Pauls fondest memories from his flying days came near his retirement. He was honoured with the privilege of flying the first 737 Narrow Body home from Seattle. It was quite a celebration and the plane carried senior people and Aviation journalists.

Paul is a member of Spring Valley and jokingly boasts about being runner up on day 2 of our Probus Golf week in 2018 at Rich River. He used to do a lot of mountain bike riding in the country and enjoyed a biking trip in Hungary.
He and Suzie enjoy Opera Theatre and of course food and wine. he and Suzie make a point of searching out good places to dine when overseas. He and Suzie can often be seen walking along the coastal tracks.