A brief profile of Paul Crompton 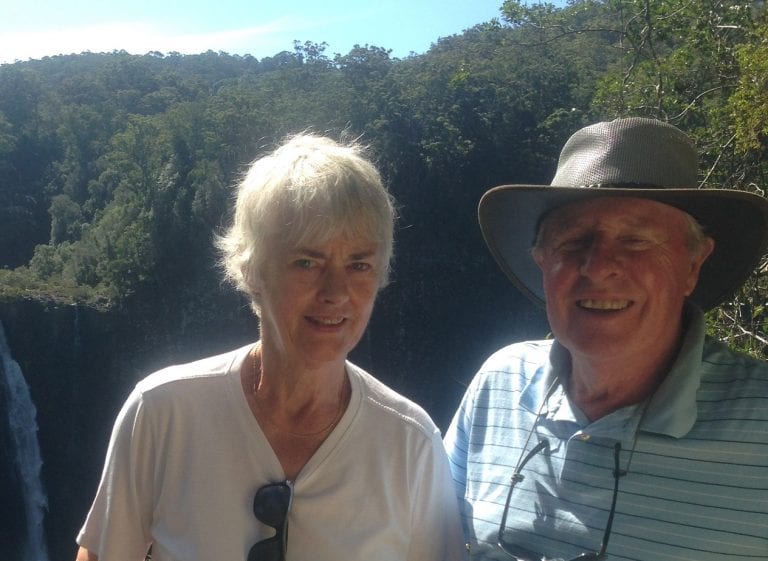 Paul Crompton has made a huge contribution to our Club. Every month he produces a video of our keynote speaker and he has done this for over 10 years. He has spent countless hours in this task. It’s fortunate that he enjoys doing it. He says, “It keeps my mind working.” The videos used to be available on DVD but since June 2016 they are available on our website.
The speaker videos are a superb reference resource for our club. Members can catch up and watch speakers they missed, and partners can view the presentations they might find interesting.

Paul has many other talents.

He is a very capable artist specialising in water colours. Visitors to Victoria Golf Club can view his painting in the main lobby of the original Golf Course at Fisherman’s Bend. He has also donated a painting of the 13th hole which is awarded annually at the Victoria Golf Club Monday Boys Christmas Dinner. Sadly, Paul no longer paints. He says he has lost interest in painting.

Paul also enjoys woodwork. He is one of the early members of Beaumaris men’s shed and with them has been involved in many community projects. One recent idea that has become very successful is what he calls his “Surprise Boxes” These are literally “surprise boxes” that are intended to interest those with difficulties such as children with autism or older people suffering some level of Alzheimer’s. The wooden boxes have several compartments each accessed by a lid with different meta latches. Inside each compartment is a surprise intended to stimulate interest. Paul says this idea came to him while trying to maintain communication with his elderly mother. The boxes are being produced in quite large volume as a community service.

Paul uses his skills at the Mordialloc Theatre building sets and has created trophies for our Croquet night and Bowls night.

Another example of Paul’s community service commitment is that he has worked with Blaze Aid three times, assisting in the reconstruction of fences after devastating fires. He has also created two videos for Blaze Aid.

Paul was born in Blackburn in England. We at Beaumaris Probus were treated to a hilarious ten-minute talk in 2017 about his “very dangerous” 3-wheel Bond Minicar he bought in 1957 for 25 Pounds and the adventures he had with it. It is well worth seeing his video. (Click here)

Paul married Hazel in 1963 and that year they emigrated to Australia. Arriving in Australia as a young man, he began working for a paint company while studying architecture at RMIT, and eventually moved to the Public Works Department.  Before long, he was involved in designing display equipment and exhibitions for the Department of Trade, producing the fine detailed sketches of interiors that illustrated how a finished exhibition would look.

For 26 years, he was a Project Manager with Ansett, responsible for the construction of large facilities such as an engine overhaul workshop – the biggest in Asia at the time – and a high-tech computer centre, as well as the Tamworth Flying College that cost $50m-plus and took seven years to build.  In fact, his interest in buildings began at school in England where his passion for scale drawing led him to study architecture.  What he enjoyed most of all was producing perspective drawings, plans and elevations, long before the days when modern computers made the task very much simpler.

Paul and Hazel have two children and live near Victoria Golf Club in Cheltenham.

Paul is a regular player at Victoria and he and Hazel travel extensively.