A brief profile of Norm Griffiths 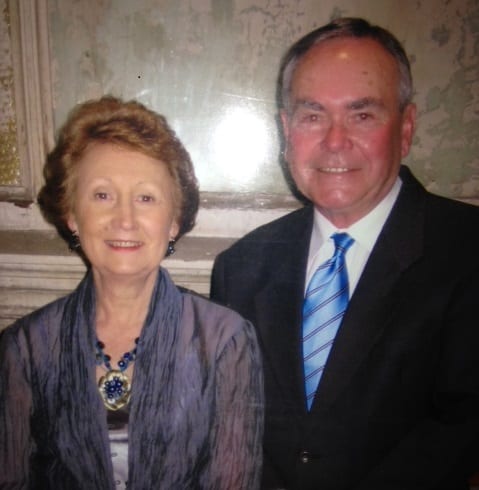 Norm Griffiths hasn’t always lived in the Bayside area. His original family home was in the Blue Mountains in New South Wales until, while he was at High School, they were burnt out in a bushfire resulting in a move to Sydney.

After completing school, he went on to the University of New South Wales to obtain a degree in Civil Engineering, along the way joining the regular army for eleven years including two year’s active service in Malaya, Borneo and Thailand.

When he left the army, he went into the construction industry working on the Liddell Power Station, the third largest power station in Australia located at Lake Liddell near Muswellbrook, in the Hunter Region of NSW, which was commissioned between 1971 and 1973. (According to Wikipedia, the much-discussed coal-powered thermal power station has four 500 megawatts (670,000 hp), steam-driven turbo alternators for a combined electrical capacity of 2,000 megawatts (2,700,000 hp) all of which may soon be switched off.)

After Muswellbrook he moved back to Sydney and worked on the Sydney Underground Railway initially on the section under Kings Cross, where the night shift had many interesting experiences with local visitors, and subsequently under the Sydney CBD involving Martin Place Station and tunnels from the Art Gallery to Central Station. This was in the days before tunnel boring machines took over and the excavation was done by drilling and blasting quite large amounts of explosives which created some interest amongst City residents and visitors.

Later, he took the opportunity to join a re-insurance company underwriting large engineering projects which required people with engineering experience to assess the value and risk associated with their construction. This meant travelling to various parts of Australia where there were major projects, assessing the risks associated with pipelines, off-shore oil rigs, mining developments, major high-rise buildings, bridges, tunnels and dams. The company Home Office was in Munich, Germany and he had many visits to Munich and London on reinsurance business.

In 1973 he moved to Perth for seven years to establish a new office for his company and became involved in recreational sailing in his leisure hours. After Perth came a move to Melbourne with the company, living in the Sandringham/Black Rock area and retiring in 2001.

He was the Chairman of the Australian Nuclear Insurance Pool for some years and after retirement and joined the Board of the Catholic Church Insurance Company.

Since then, Norm has been an enthusiastic fly fisherman, following trout not just in Victoria along the Goulburn River, but also Tasmania and New Zealand where he would often stay with local farmers. He was also in a group of like-minded enthusiasts who fish a series of lakes around Ballarat that offered easy access and good fishing.

Gilda and Norm were married in 1960 and have four children and three adult grandchildren.

Norm has been a member of Victoria Golf Club since 1984 but didn’t play much, he says, until he retired, often making an early start (in the dark) on Saturday mornings.