A brief profile of Lloyd Jenkins 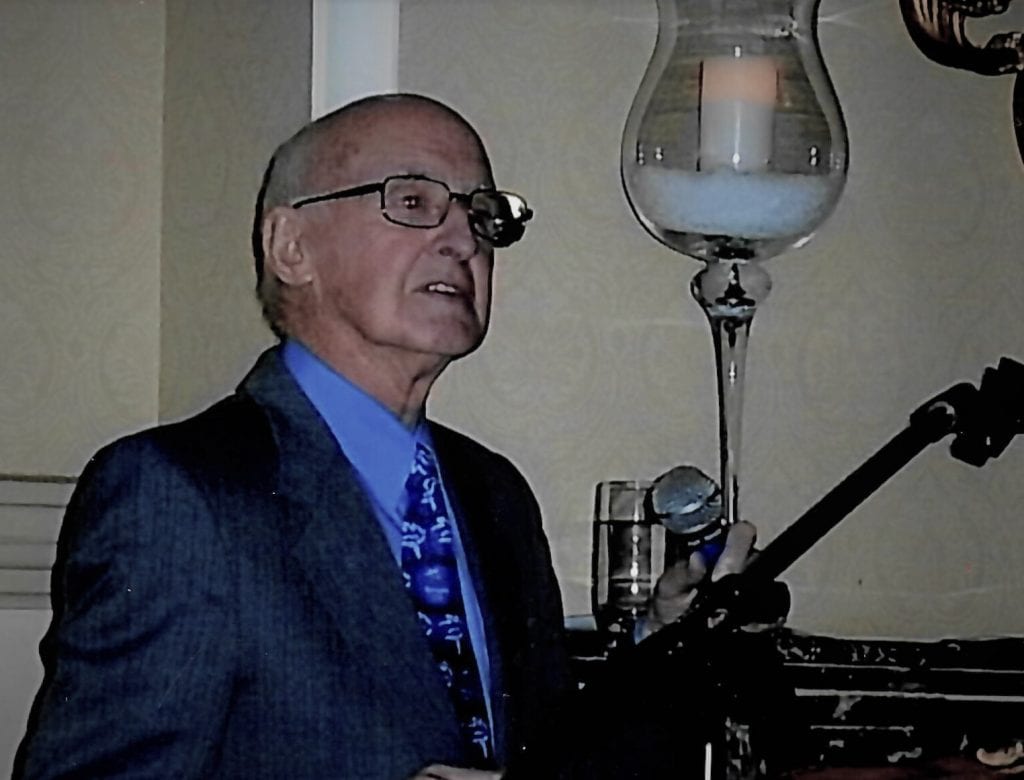 Lloyd Jenkins was born at Ballarat in 1932. He claims to be “Australian Icon Number Three” of that year with the Sydney Harbour Bridge and the ABC taking positions one and two. The landscape where he grew up was hardly changed from the gold mining era, which had ended just 14 years earlier. Abandoned mining sites with their lofty mullock dumps were ready-made play grounds. In the war years at the Ballarat High School a fellow student was Geoffrey Blainey, something that Lloyd admits he brags about at any opportunity.

Music was an early attraction that led to a term as a church organist but more especially in the long term as a chorister. In 1956 he was one of the youngest members of the 1200-voice invited choir that performed under Sir Bernard Heinz at the opening and closing ceremonies of the Olympic Games at the MCG. His gleaming BSA motor bike was the transport on the narrow bitumen strip from Ballarat for the rehearsals and performances.

His early working career was in the real estate industry. This somehow built a recreational interest in local history, housing styles and architecture. Years of writing and lecturing at seminars and schools on such things followed until the recreation became the job at the age of 50. Commissioned histories of a series of Municipalities and sporting clubs, newspaper feature articles, and even more lecturing kept his nose to the grindstone. He was an early exponent in the now well-established field of oral history. Two books on cricket, England teams versus Victorian country sides, were invited onto the library shelves at Lords Cricket Ground in London. He attended the hand over. It was a rather nervous few minutes with the bearded Dr W G Grace looking down from his pedestal.

For a good many years, he served as a member of the Board of Management at Sovereign Hill and is a life member there. In 1988 Lloyd and Dorothy moved to Melbourne when Dorothy took up senior postings in TAFE administration. Lloyd became a long-term member of the choir that performs with the Melbourne Symphony Orchestra. A “lucky fluke” gave him a place in the Australian Opera Chorus for a season. The superannuation fund for that body records his nest egg balance as nil, “after fees are extracted.”

Football, cricket, baseball, golf, all took their turn along the way from schooldays until a wonky back caused his retirement from the Spring Valley Club on the Melbourne sand belt. He represented Ballarat at cricket and baseball. His big moment was hitting a six at the South Melbourne ground in 1955 but the veteran partner at the other end chastised him for impetuosity at a vital stage of the innings: “If you must play that shot, it it arder. Ya nilly got caught.” In 1948 he saw Don Bradman score a century on the MCG. That’s another bragging point and when the young fellows ask, “How good was Bradman?” his standard reply is “If I tell you, you won’t believe me.” Freemasonry has been an interest for more than 60 years. Lloyd lives at Oakleigh but was conned into membership at far-away Beaumaris Probus in 1995. For that he is very grateful.