A brief profile of John Brimage 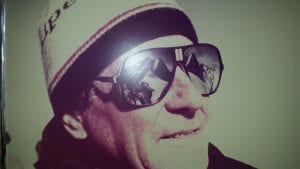 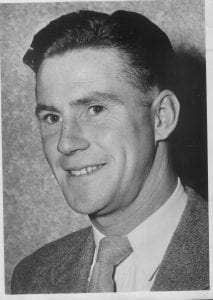 Most members would know John as a coordinator of the Investment Group which met each month before the main meeting.  But how did he acquire his encyclopaedic knowledge of, and zeal for, stocks and shares?  He says he has always been interested in the share market, but when he retired at age 58, he reckoned that with the nest egg he had built up he could make a lot more money investing than on a salary.  Was he successful?  “Oh yes,” he says with a laugh.  “I probably increased it by 400% – until the Global Financial Crisis.”  Which, of course, was no laughing matter.

While his profile lists him as an engineer, he started working in the radio and electronics industries.  As a lab assistant in the Astor Radio laboratory, he helped launch the first demonstrations of television in Australia in 1946.  However, at the time, the Government said that because the ABC didn’t have the technology, the country wasn’t ready for television and would not issue a permit to broadcast – that would come 10 years later for the 1956 Olympic Games.  John then moved into civil aviation where he was given time of to pursue his qualifications which led to a Radio Diploma at RMIT and work in navigational aids; to his involvement with setting up the traffic control systems for Sydney airport.  He later worked on the Mirage jet fighter, the Nomad – the Australian-designed short take-off aircraft – and the US F18A Hornet.  “I also did some quality assurance work with the Government Aircraft Factory who manufactured for Boeing,” he says.

Some might be surprised to learn that John has been skiing since 1946 – including stints in Austria, Switzerland and France as a member of the Apira Ski Club Mt Buller.  While working in France on the Mirage, he was introduced to the 2-hour lunch and developed a healthy interest in food and wine which he proudly says continues to the present day.  “I have a bit of a cellar,” he admits and is mainly interested in Cabernet Sauvignon from Coonawarra and Shiraz from the Barossa.  He confesses a liking for Victorian Pinot Noir wines from the Yarra Valley and the Mornington Peninsula.

He has a keen interest in genealogy, spurred by the discovery that a marine, Thomas Brimage, who arrived with the First Fleet, may have been an ancestor. Although a member of the clan, he was not a direct ancestor, John’s ancestral heritage being from England and Scotland.