History of DVD recordings at Beaumaris Probus by Paul Crompton

The history of DVD recordings at Beaumaris Probus by Paul Crompton It was the SBS Noni Hazelhurst program on ageing that got me thinking how I joined the Beaumaris Probus Club. It was 1997 and I was 55, due to several reasons I decided to take early retirement with a view to developing my hobby as an artist. I had already put my name down to join the Victoria Golf Club sponsored by Lauren Ross my next door neighbour, Alan Small, Hugh Stevens and Max Parsons as my seconders. When they put the hard word on me to come along to a Probus meeting I could hardly refuse. I had no idea what to expect and Hazel now reminds me that when I came home I was talking about all those ‘Old Men’.

I do remember the main speaker at my first meeting was a retired Architect who started his talk by telling us he had been born and lived in Spring Street Melbourne, and as a small child had developed a severe bronchial problem. It was on the Drs advice they moved to Brighton close to the sea. He was enrolled at Fairbank Grammar School and became the only male student. Even then he told us he still received their annual year book. The rest of his talk covered many of Melbourne’s public buildings. I remember he described the method used to raise the flag on the top of the numerous building domes around the city. Needless to say, I decided to see what next month’s talk would be about which turned out to be an equally fascinating experience and as a consequence I soon became a member and rarely missed a month. Some years later we began travelling around Australia each winter. I had bought my first video camera to record our trips. Doug Clarke had been an enthusiastic caravanner and was very keen to view my recordings and see how the outback had changed over the years. I remember sitting in his lounge after having viewed one of our trips and talking about how history was passing often unrecorded. That was the germ of an idea that some years later resulted in the recording of our talks.  This was to be the seed that started our early DVD recorded talks.

Not only did these DVD’s provide a lasting record, they ensured those members on holiday or unwell could catch up as well as providing the opportunity for our wives to enjoy these talks.

Thanks to Geoff Bransbury we have now moved on from the DVD’s to YouTube allowing members to connect at any time to view any talk on their computer, tablet and for some directly to their television. I hope you take full advantage of this facility and enjoy this service

Paul has recorded well over 130 Speakers, since 2016 these are on our website. 49 presentations can be viewed on our website today. In 2021, Beaumaris Probus was awarded a grant for a video editing computer to support Paul. here je is below taking delivery. Thank you Paul. This is a great service to our club – Geoff Bransbury 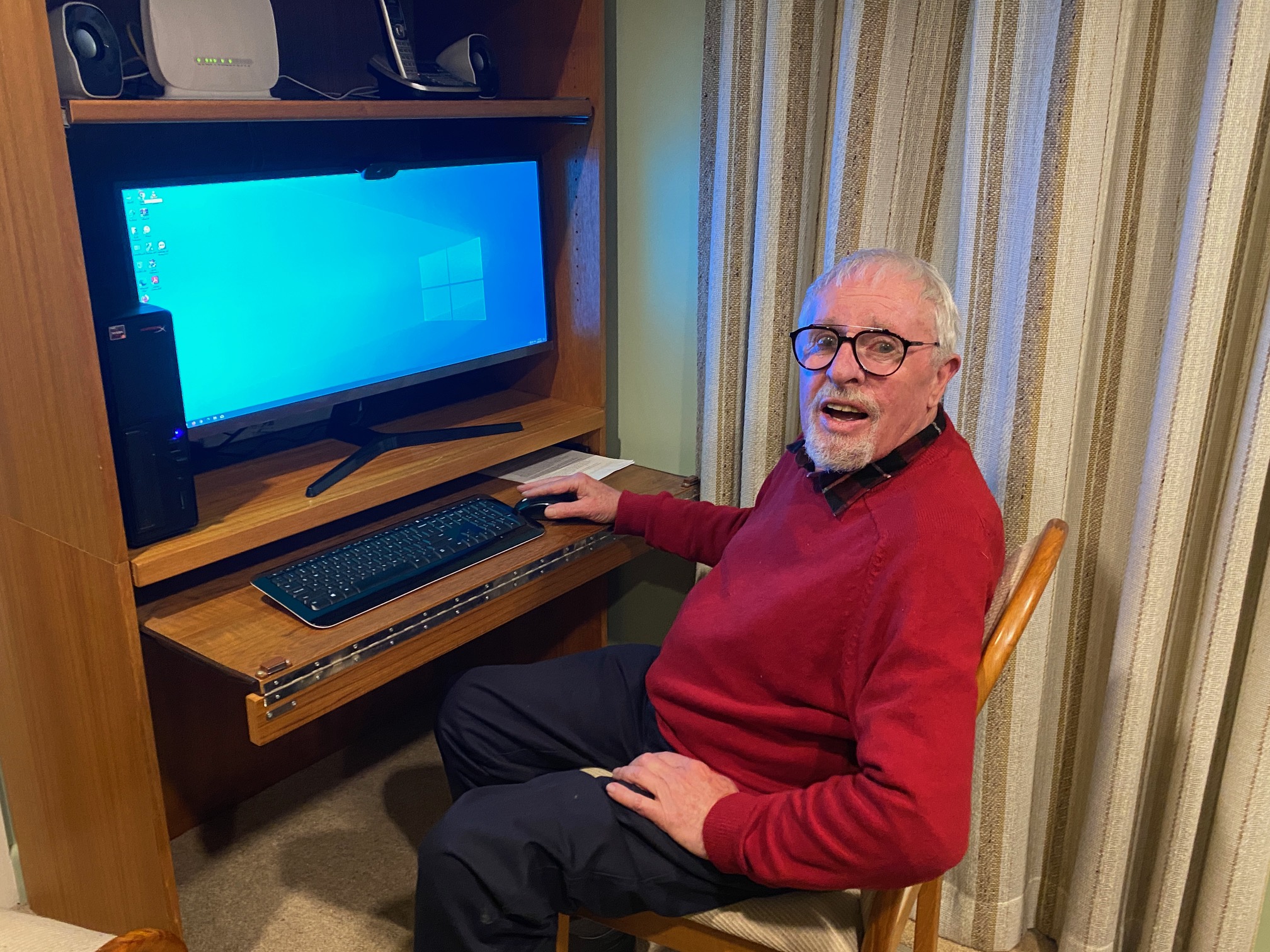