A brief profile of Geoff Mason 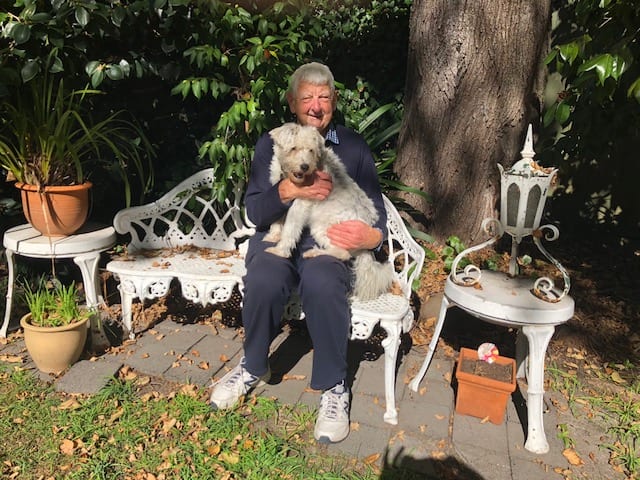 Geoff was born in Howlong in 1930 but has lived in many parts of Victoria including 50 years in Beaumaris.

There were two major decisions that shaped his life forever, he says.

The first was when he decided to join G J Coles in 1947 as a Junior trainee and with whom he remained for 40 years and saw them expand from Variety Stores to the introduction of Food and Liquor, later Discount stores and the merger with Myer.

He learned the trade in Store Management before being transferred into Administration.  During part of this period he was responsible for several years in Public Relations for all Divisions, which entailed many interesting and challenging times.

In the latter part of his career he worked in close association with the senior management of the Company.

Geoff’s second major decision was when he decided to marry Yvonne, a girl he had met whilst on holiday in Marysville.  It was a marriage in a million and they had 62 years together before her death. Together they raised 4 children and were very proud to give them all a good education and to help them become established.  They remain a very close-knit family.

After leaving Coles in 1982, Geoff set up a handyman business which he thoroughly enjoyed, and it kept him busy for many years.

During this period, he was invited to join Probus which had recently been formed.  He soon become involved and in 1995 became Meeting Co-ordinator, 1996 Vice President and President in 1997.  Subsequently he became Assistant Functions Co-ordinator 2002-2003 and Secretary 2003-2005.

Geoff’s contribution did not end there as he is always willing to lend a hand where possible.  “I look upon Beaumaris Probus as a fine Club and am very pleased to see the way it has developed to what it is today” he said

Geoff and Yvonne were regulars at many of the Club functions and enjoyed a great deal of travel, both at home and overseas.

He has many interests.  He was a very keen fisherman for over 30 years with the Beaumaris Motor Yacht Squadron, a keen follower of the Melbourne Football Club and an active member of the Sandringham Lawn Bowls Club.

He still finds time to maintain a very good garden and home, cares for his dog and does his own cooking.  I am told his soups are legendary!