A brief profile of Geoff Bransbury 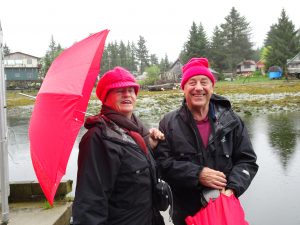 Geoff calls himself ‘a ten-pound Pom’ but those who know him know he is much more than that. He was born in Harrow, North London in 1944 (he didn’t go to the famous Harrow school) Later the family moved to Bath, Somerset. After completing a degree in Business, at London, he came to Australia in 1970. thereafter identifying himself very definitely as an Aussie, except when it comes to the Ashes.

He joined IBM selling mainframe computers, but His big break came in 1982 when he joined Advanced Systems Inc.an American IT Company as Director of International Marketing. This job was based in London and Geoff was responsible for the Company’s international marketing and distribution network. Geoff, Merry their two small children and the dog moved back to the UK.

Opportunity beckoned when he saw an opportunity to buy the Australian distributorship which was failing. Over the next 16 years, Geoff and his partners turned the Company from an almost defunct five-person business as agents for the American company to an Australian listed Company on the ASX called Applied Learning which produced Australian made Interactive Computer Based training courses which were sold around the world. Eventually, he was bought out by a US company and he turned his attention to mentoring CEOs as a Chairman of the Executive Connection.

In about 2005 Geoff decided he wanted a career sea change. Something “less complex and without staff and part time,” so he bought a 100 lolly machines. Soon his “lolly empire” had grown to 750 machines placed strategically in pubs, shops, clubs. (Some of us even remember him driving around Bayside in his Lolly Van!) While all this was going on, Geoff and wife Merry – together with Rod & Wendy Kelly and another couple – found time to build a hobby vineyard and produce a pinot noir that won three medals.

These days, Geoff is probably most famous for his solo world travels on his 650cc Kawasaki motorbike. He calls this his “post mid-life crisis” This started at age 67 and over six years, Geoff covered some 95,000 kilometres. He travelled through India, Nepal and Bhutan, South Central and North Americas and from Vladivostok to London through Siberia, Russia, Mongolia, The Stans, Iran, Turkey and Europe and more recently, across Australia visiting remote places many Australians never reach. Merry was very supportive but eventually decided he had done enough! He is now a frequent speaker at Probus and Rotary Clubs.

In more recent times, just to keep him out of trouble, he has established a vibrant Beaumaris Neighbourhood Watch drawing on 100 volunteers and his almost-famous Graffiti Busters; not forgetting his work for Probus creating its website, running functions, President in 2016 and now running the dining group, Tastes.

Geoff and Merry have two adult children, Stuart and Lucy

Geoff  was President of Beaumaris Probus in 2016 and created our website in that year and has since been our webmaster. he has been Functions Coordinator an was made a Life member in 2021