A brief profile of Garry Sebo AM 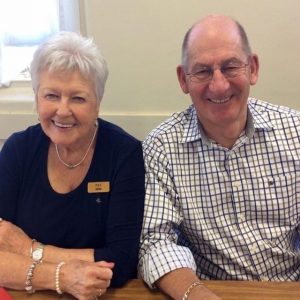 Congratulations Garry by being awarded  AM at 2019 Queens Birthday Awards.

Garry was born in Sandringham in 1941, lived very briefly in Black Rock then back to Sandringham until 1965 when he married.  After starting married life in Prahran in 1965, he moved to Beaumaris in 1967 where he has lived at the same address since then – over 50 years.

Though not a cricketer of note, because of his son’s involvement he found himself on the Committee of the Cheltenham Cricket Club. Before long he agreed to be Assistant Treasurer but soon after was elevated to Treasurer; and inevitably felt the need to make himself available for selection (in a team he called ‘F-Troop’), only to find himself vice-captain and later captain, eventually playing for four years.

After completing his secondary education at Hampton High School, he studied accountancy at RMIT, then did his adult matriculation at Taylor’s followed by law at Monash University where he obtained 1st Class Honours and shared the Supreme Court Prize for best final year student.

His career started in the public sector – where he worked for 35 years, 13 as State Commissioner for Taxation – followed by a few years with Ernst & Young and then 18 years with the legal firm Hall & Wilcox (where he was the Head of the Taxation practice and Chairman of Partners for a number of years), all the time specialising in taxation law with a few disputed Wills cases to provide some variation. The latter years he enjoyed immensely, finding it intellectually stimulating, never mundane, always challenging and of great significance to clients because it involved savings of millions of dollars in many cases. He enjoyed it particularly because the partners all got on well and developed a strong sense of camaraderie which, even though he retired quite a few years ago, he still savours at regular reunions.

As for hobbies, he says he is not manually inclined and particularly hates gardening. He enjoys his regular games of golf at Victoria Golf Club and his Bridge but does admit to being a long-suffering supporter of the Melbourne Football Club. He remembers the ‘good old days’ long ago (of Ian Ridley, Denis Cordner, John Beckwith, Ron Barassi, Hassa Mann etc.), before the building of the Olympic Stand, when he and his boyhood friends would hang around on the forecourt and walk into the changing rooms carrying the bags of favourite players.

Today, Garry is actively involved with freemasonry, having achieved the status of Grand Master of Victoria for three years – 2007, 2008 and 2009.  He has also been a member of the Australian Society of CPAs for almost 58 years and has held the status of FCPA for more than 30 years.

Garry and Pat have been married for 54 years. They have three children and eight Grandchildren.