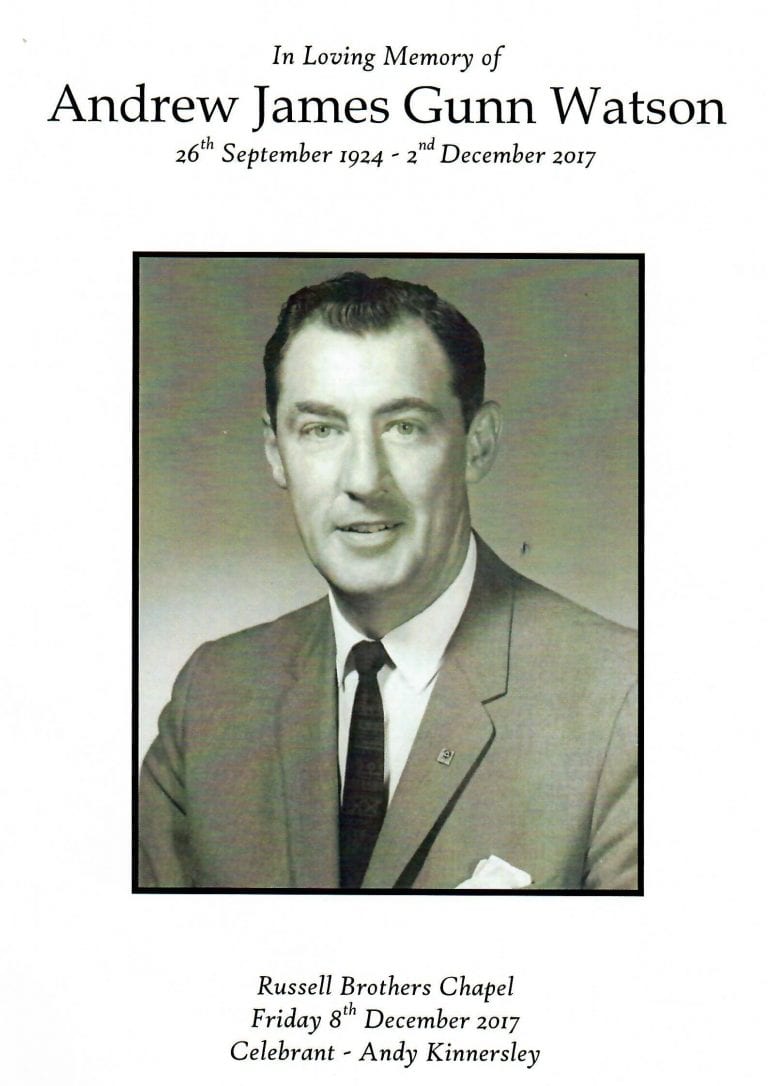 Nine Presidents and many other members of Beaumaris Probus attended the funeral of our very special Life Member, Andy Watson. This is surely a sign of the love and respect held by us all for Andy.

Who can forget his cheery greeting, “Morning all” which preceded his jokes?

Andy had been a member of Beaumaris Probus Club since 1989 and had admirably filled the role of Almoner from 1997 until 2016. He was elected to Life Membership in 2006.

He was a member of the Friday discussion group and made valuable contributions based on his wide experience in business here and in the USA.

Andy had been a very enthusiastic member of our club and always had a cheery word. His joke telling as part of his Almoner report was a highlight of our meetings.

Andy will be greatly missed, and we extend our condolences to Trudy and his family