A brief profile of Eric Slater 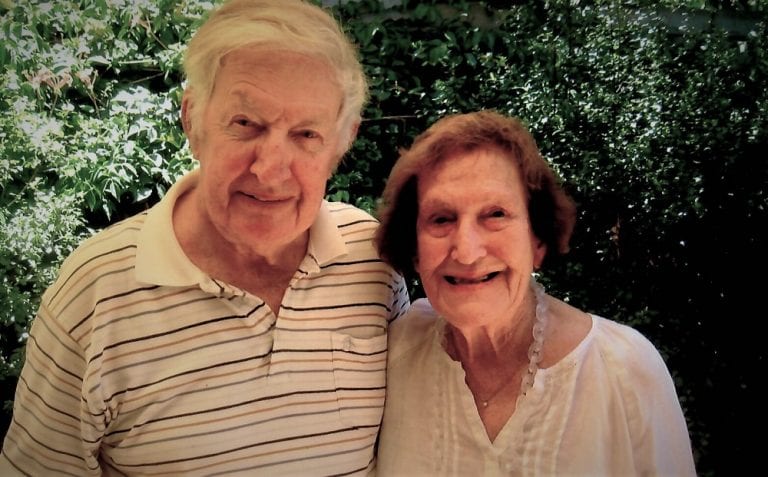 Eric has been a Member of Beaumaris Probus since 2002 and is a former President.

During the Second World War, Eric was an instrument-maker with the RAAF.

In his former life, he was a building contractor who, amongst other things, specialised in making banks more secure from hold-ups.  After a spate of armed robberies in the 80s, the Commonwealth Bank asked Eric to convert its obsolete counters – dating from the 50s and 60s – to modern open facilities that allowed better visual contact between customer and tellers; but with the necessary addition of special features such as bullet-proof glass and automatic shutters designed to deter armed robbers.  Similarly, Eric was involved in converting the offices of share brokers and insurance companies who wanted to modernise their offices, from sets of little boxes to open-plan settings with large tables seating 10 to 12.  While all that was happening, he found time to build the odd factory or two!

These days, Eric and wife, Joan – both members at Victoria GC – have a passion for golf and going places.  For Eric, one of his most memorable experiences was playing the Old Course at St Andrew’s some years ago.  “I still remember every stroke,” he says.  In the 90’s, with a flat in Maroochydore, Eric and Joan played many of the courses on the Sunshine Coast but his favourite is Coolum.

Not only has Eric seen much of Australia, he has driven there – three times across the Nullarbor and back, and once to Darwin and back.  He has also travelled extensively overseas.

Always the handyman, Eric still carries out handyman duties for his children.  He didn’t say, but there are probably a few jobs he must complete for his wife as well!