A brief profile of David Seedsman 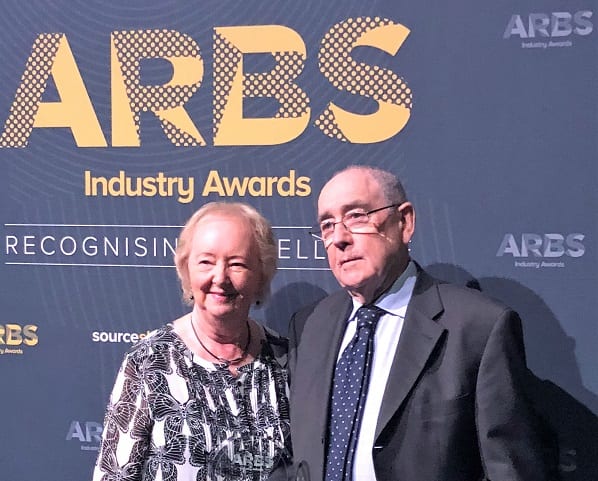 David and Gail Seedsman. David has just been inducted into the ARBS Hall of Fame

David has had a long and successful career in the Air Conditioning & Mechanical Services Industry.

David was born in 1939 in Melbourne and educated first at Christian Brothers, Clifton Hill then St Bede’s College Mentone. He says his early classroom at St Bede’s was a converted stable.

David left school at 15 to assist in the support of his family and commenced an apprenticeship in plumbing. This decision proved to be an excellent choice.

After completing his apprenticeship in1959, David was awarded a Victorian Overseas Scholarship for Plumbing in 1963 and continued his training in England and Belgium.

On his return to Melbourne in 1966, David commenced working at A G Coombs Pty Ltd, a large Air Conditioning company in Moorabbin, Victoria. He commenced working in the Estimating Department, before moving into project supervision and management. He was appointed General Manager in 1979 and began working closely with Allan Coombs, Managing Director and his son, Phillip Coombs, who he mentored for several years.

David’s leadership and experience were invaluable during challenging times in the industry, especially in the early 1980’s and played a pivotal role in securing high profile projects. In 1996 David Joined A E Smith & Son Pty Ltd as National Construction Manager. He had responsibility for all construction covering Qld, NSW, Victoria and Tasmania. During his 15 years’ service at A E Smith, David was involved in the negotiation of numerous land mark projects until his retirement in 2011.

David represented the Air Conditioning & Mechanical Services Industry (AMCA) in Victoria and served continuously on the Victorian Executive from 1978 to 2002, including State President 1989 to 1991and was made a life member in 2008 in recognition of his contribution. In May 2018 David was inducted into the AMCA Hall of Fame for his overall contribution to the industry.

David retired finally aged 72. He says he hasn’t retired, he is just in transition.

His main interests are his three children and nine grandchildren. He also believes strongly in keeping fit. He walks regularly, works out at the gym, cycles and helps his children renovate their homes.

He and his wife Gail travel extensively. They have travelled the Trans-Siberian railway, crossed the North West passage and much more.

David has been a member of Probus since 2014 and is a founding Committee member of Neighbourhood Watch Beaumaris.