A brief profile of Aub Gamble 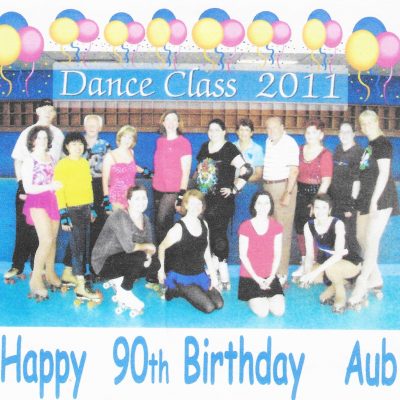 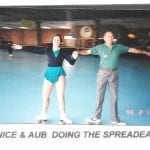 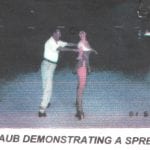 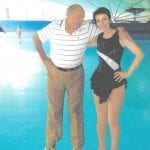 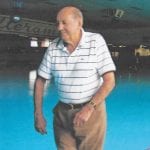 He was brought up in South Melbourne in the VFL Era of The Swans, Aub followed stars such as Bob Pratt, Laurie Nash and Austin Robertson – just to name a few of the Swans Iconic footballers—they won the VFL Premiership V Richmond in 1933 –when Aub was just 12 years.  The next Premiership to be won by The Swans was as the Sydney Swans in 2005 at The MCG when the Swans beat the West Coast Eagles by 4 points.

The Swans contested the “Blood Bath “49th VFL Grand Final in 1945 at the Carlton Ground where Aub was one of nearly 63,000 who saw Carlton beat South Melbourne by 28points.  Many players from both sides later fronted the VFL tribunal for many offences—including Ken Hands (he got off!), Ray Garby and Bert Deacon—all famous Carlton players in their 1945 premiership team!  Half of the South Melbourne side were rubbed out for most of the following year.

Aub married Nelly Rosler in 1949 and they had six children—Robyn, Peter, Vic, Greg, Drew and Helen. Nelly died in 1991. Aub has 12 Grand Children and 9 Great Grandchildren.  His eldest 2 sons are sadly now deceased.

After school Aub used to lather the men up for a shave at his father’s Barber shop in Moray Street South Melbourne which he had for over 50 years, next door to the Main Point Pub which is now heritage listed and Aub’s Grandfather, Andrew, was the Licensee.  Aub earned a shilling a week! From 1938 to 1946 Aub worked at Diamond Batteries whilst studying Engineering at night school. In 1946 he went to Medley & Co as a Textile Engineer for 8 years, then 2 years at Horscrofts Commercial Laundry equipment as a Tool Setter.

Later in 1983, Aub was employed at McMillan Engineering till 1991 and the in 1992 he started a new career at Manchester Unity for 10 years as Secretary and as a Director of the UFS Dispensary for 15 years.

FREEMASONRY—a long time member of The Freemasons (61years) starting in 1958 at Hawksburn, where he was Master in 1971, and in 1986 became Foundation Master of Lodge Rowan in Moorabbin.

INTERESTS—Roller Skating, Aub hung up his skates in 2018 after more than 80 years of skating.  During that time Aub won 3 Vic State Figure skating Titles and was runner up twice, starting at Wirth’s Rink when he was 16 years old.  Wirths Rink was located with Wirths Circus at the site of the Arts Centre and State Theatre.

CRICKET—played VJCA “A” Grade for 4 years with Diamondcel Cricket Club and always has a keen interest in the Boxing Day test at the “G”.

GOLF-1950 to 2018-68 years—at Goldfields GC for 32 years and then at Victoria G.C. from 1982 onwards and played regularly up until 96 years of age until shoulder damage ended play.

ROWING –Aub has fond memories of selling Newspapers at the Australian Henley Regatta on the Yarra in the 1930’s when it was a big social occasion in Melbourne attracting over 80,000 on the banks of The Yarra.  He also sold Football Records at the rowing.

COMMUNITY WORK—Delivered meals on wheels for 20 years and is an OP Shop Volunteer at Oz Child Op Shop in Highett.

BEAUMARIS PROBUS—a very regular monthly meeting attender since he joined in 1997. He loves his whiskey and is a regular attendee at PRIMS our single malt whiskey tasting group. Aub thoroughly enjoys Beaumaris Probus and its members camaraderie and has been on several holiday cruises with other Probus Members!